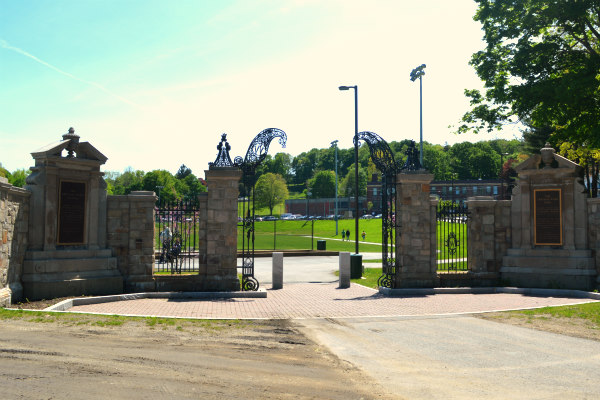 Ward Park is a 20 acre public park located on the southern end of Orchard Street in Marlborough, Massachusetts. This park has something for everyone. There’s a 2 foot deep wading pool, basketball courts, tennis courts, football field, skatepark, as well as walking, jogging, and bike paths.

Ward Park rests in the heart of Marlborough near many of the city’s public services. The Marlborough Public Library, US Post Office, Mayor’s Office, and the Regional Chamber of Commerce are all within a mile of the park. Visitors of the park can travel two blocks up from the northern end of the park to reach Main Street, where you’ll find many excellent local restaurants.

There are a variety of homes for sale near Ward Park including cozy, 2 bedroom condos, 3 bedroom Capes, and larger 4 bedroom Colonials. Most of the homes in the area are within walking distance of the park. The neighborhoods near the park mainly branch off of W Main Street and Granger Boulevard onto less busy roads.

Those needing to commute to work are about a mile away from both Route 20 and Route 85, while access to Route 30 and Interstate 495 are less than five miles away. The Mass Pike (I-90), the fastest route from Marlborough to Boston, is a few miles further south.

The homes near Ward Park are a short drive away from many of the area’s most popular shopping malls and outdoor plazas. The closest plaza to these neighborhoods is RK Centre. Solomon Pond Mall and the Shops at the Pond, both of which can be found along Donald Lynch Boulevard, are about a ten minute drive north of the area. The Natick Mall, the site of over 200 shops and restaurants, is a little further away, but still within a short driving distance.