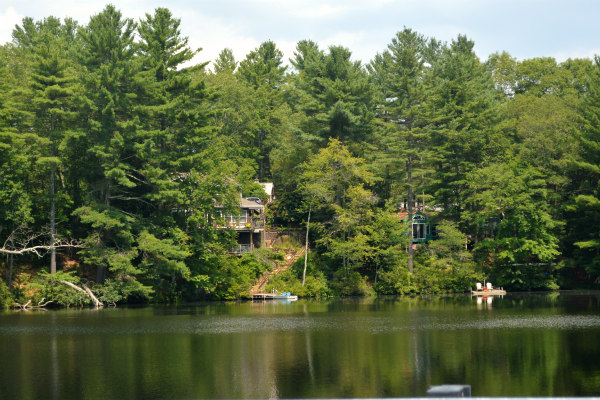 Brooks Pond is a large body of water in northern Spencer, Massachusetts. This privately owned pond is a popular fishing spot, where visitors can catch a variety of trout and bass. There’s a small, sandy beach at the southern end of the pond where locals can go for a swim. Kayaks and canoes are also welcome on the water. The pond has an average depth of 12 feet and a maximum depth of 26 feet.

Try a new search, or click below to get notified when matching listings become available.

Get notified when matching listings become available. We also have found 2 listings nearby within 1 mile of this community.

The homes near Brooks Pond are just a short drive from a few state forests. To the north is Oakham State Forest, the site of many long, winding trails that are great for hiking, mountain biking, and observing nature. North Brookfield State Forest and Spencer State Forest can be found a bit further south. Both of these forests feature more nature paths as well as a nearby lake or river where visitors can fish or ride non-motorized boats.

Brooks Pond is centrally located between Route 31 to the east and Route 148 to the west, making it a great location for those who want to travel throughout the state or commute to work. The Massachusetts Turnpike (I-90), the longest highway in the state, is about ten miles south of the homes by the pond. Drivers can take the Mass Pike east to Boston or west to New York.

There are many shopping centers just a short drive away from the homes near Brooks Pond. Residents can find over one hundred stores and restaurants between the Auburn Mall and Auburn Plaza Shopping Center, both of which are about thirty minutes away in the city of Auburn, Massachusetts. The nightlife of Worcester, the second largest city in Massachusetts, is also about fifteen miles east of the pond.