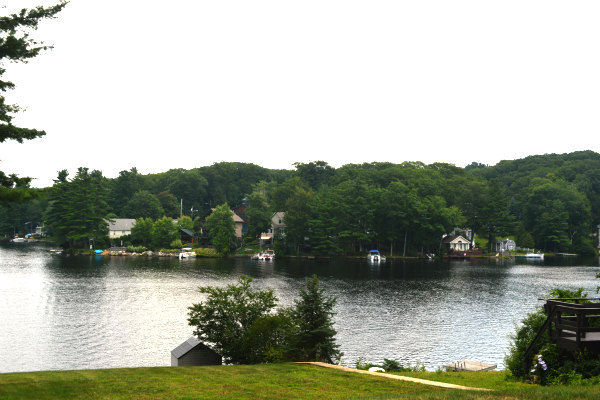 Sugden Reservoir is an 85 acre body of water just south of Lambs Grove in Spencer, Massachusetts. Most watercrafts, including motorboats, jet skis, canoes, kayaks, and paddleboards, are welcome on the water and can be launched from a ramp near the northeast end of the lake. Visitors are also welcome to swim in the reservoir.

Get notified when matching listings become available. We also have found more listings nearby within 5 miles of this community.

Most of the homes near Sugden Reservoir are either located to the north in the Lambs Grove neighborhood, to the east off of Donnelly Cross Road, or to the west on Sherman Grove. One of the more populated neighborhoods off of Donnelly Cross Road can be found on Point Eastalee Drive, which features 2-4 bedroom residences, almost all of which are located directly on the coast of the reservoir. Other homes in the area include similarly sized cottages, ranches, and split-entry houses.

Paxton Road, which runs vertically west of Sugden Reservoir, gives local a direct route to the center of Spencer. The center of town features the Historic District, public library, post office, and grocery store as well as a few locally owned businesses and eateries. Route 9 also travels east into Leicester and Worcester.

Leicester, the nearer of the two towns, is known for its luxurious golf courses at Leicester Country Club and Hillcrest Country Club. Worcester, the second largest city in all of Massachusetts, is known for it’s many exemplary universities and urban atmosphere. Those looking for the city nightlife can also take the Mass Pike approximately 50 miles east into Boston.

Sugden Reservoir is centrally located between two of the area’s largest state forests: Spencer State Forest and Oakham State Forest. Both of these forests feature miles of scenic trails that can be used to hike, bike, or observe nature. Spencer State Forest is also the site of Howe Pond, which has a public beach and picnic areas near its northern end.